I had dabbled here and there chasing squid, not really with any great success. That was until squid addict Michael Takach took me under his wing and showed me how easy squidding actually was.

A couple of trips later and I will admit it “I am a squid-aholic”. There is something I just cant quite put my finger on as to why it is so satisfying catching squid. I am not sure if it’s the delicious meal you get rewarded with, the simple pleasure of harvesting the squid from the wild or the vivid colours and patterns that squid display when freshly caught – I am not sure, but I am addicted. 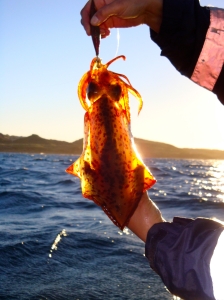 A couple of key tips that I have learnt from Michael I will pass on here to help all who read this on their quest to fresh squid:

So, what do you do with your squid once you have caught them? Well there is a WHOLE LOAD of information on the internet and a few recipes will be posted, but in short, squid are good anyway you like them – Raw, fried, baked, whole, sliced, rings, pies, stir fries, the list goes on. 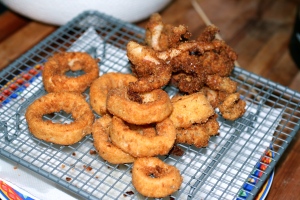