2.5 hours drive from Sydney and you can be in some prime trout fishing locations where trophy trout can be encountered. I was sceptical of this verbal advice, however some solid Google research revealed a whole network of creeks, rivers and dams accessible within a leisurely drive from Sydney. 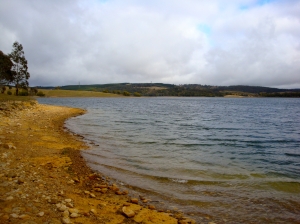 Regulations were checked and my father and myself made the easy drive out to a dam about 20 minutes from Lithgow, west of Sydney.

Thompsons Creek Dam (TCD) is a trophy trout dam, this means that it is land based only, and lures and flies are only allowed. I figured with my lack of experience (and trout gear) this would make it a semi level playing field.

The wind was blowing hard when we were there, added to this the near zero temps and a light sprinkling of rain, made it all quite a cold adventure, but the fresh air and challenge was a great change from the rat race of Sydney on a Saturday morning.

After a few lure changes I managed to get my first trout ever on a lure, a nice little rainbow trout of 35cm. A perfect eating size. 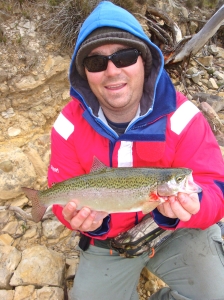 A couple of hours and several hundred casts later and I managed to get another nice little rainbow at around 30cm. 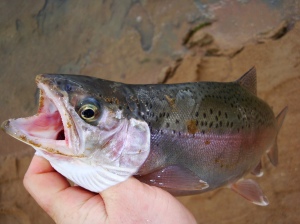 We didn’t encounter the trophy fish that are known to be lurking in TCD, but we had a good adventure all the same and came home with a feed which was the plan all along.

I scaled and pan-fried the trout whole, filling it with sliced lemon, parsley and dill. I seasoned and cooked with a little olive oil and butter, about 6mins a side – it was sensational! 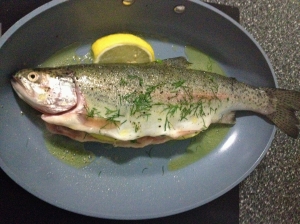 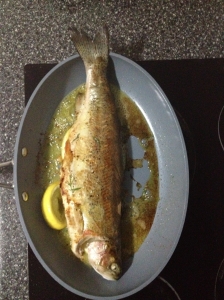